Topic: A Simple Guide to Various Types of Cameras for Photography A Simple Guide to Various Types of Cameras for Photography

Other Best Guide from GiliMili

Being new to the world of cameras, you may be intimidated by the number of cameras out there. That’s why you’ll need articles like ours to understand the true nature and basics of cameras. In this article, we are going to explain each and every aspect, from the most expensive to the cheapest, from the most important to the least important.


Just sit back and have a sip of coffee because you won’t need to go anywhere else. You’ll get everything you need to understand cameras here.

This will help you learn as much as possible about them. So why don’t you read ahead?

Types of cameras explained in detail

Cameras have become an important aspect of our lives. It doesn’t matter if you’re a professional photographer, a traveler, or a regular guy who just likes to take pictures. Getting a good camera is easy, but buying the right camera is a bit complex.

To get the device that’s right for you, you’ll need to ask yourself a question. What am I going to use it for? This question will give you an idea of ​​the characteristics and needs. List them all and start searching.
There are hundreds of cameras available with different features, different styles, and different purposes. So get one that perfectly fits your purpose. 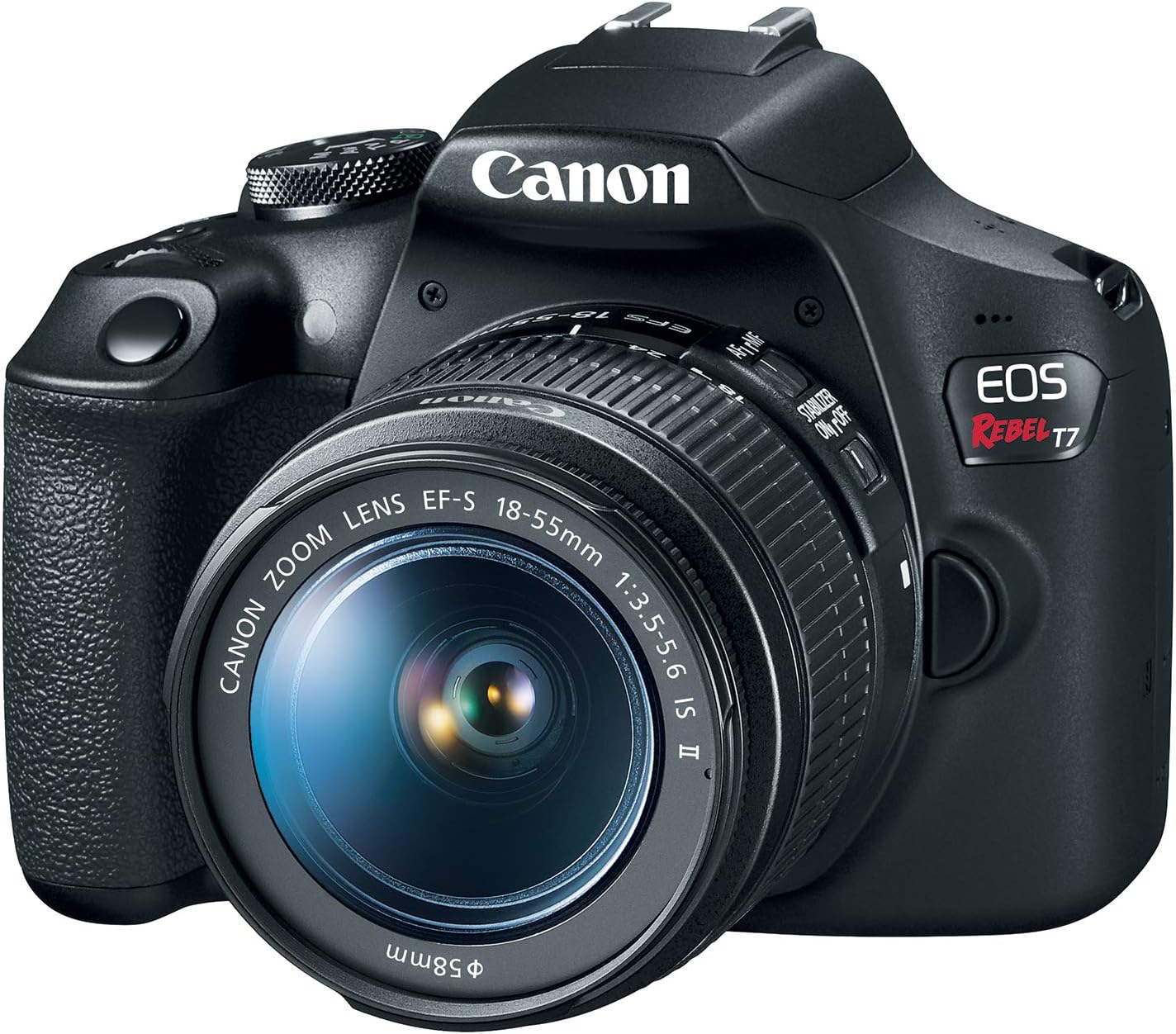 DSLR cameras are possibly the most popular type of camera out there. This is why you will see them being used by most professional photographers. Now that we’ve established how in demand it is, let’s go over everything we need to know about the device. In short, DSLR stands for Digital Single Lens Reflex Camera. So if you know a little about cameras, you can find out how the DSLR works.
The cameras come with a detachable lens. This allows you to swap lenses whenever you want, which affects the type of shot you’ll be able to get. For example, you can add a wide angle or a telephoto lens. The ability to switch between lenses is really amazing, which is why many love the device.

It captures images as it is a combination of digital image sensors as well as a single-lens reflex camera. This is the ‘SLR’ of a DSLR. This mechanism directs the light to the viewfinder through prisms. This allows you to see directly from the lens, making it very precise. Its version of a viewfinder is known as an optical viewfinder.

Depending on the DSLR you buy, you can shoot a video with it. The camera could even record 4K video, isn’t that amazing? After all this, you might think that buying a DSLR is an expensive option. Well, that is not the case, here you can find some of the best cheap DSLR cameras online that will take your photography experience to the next level. 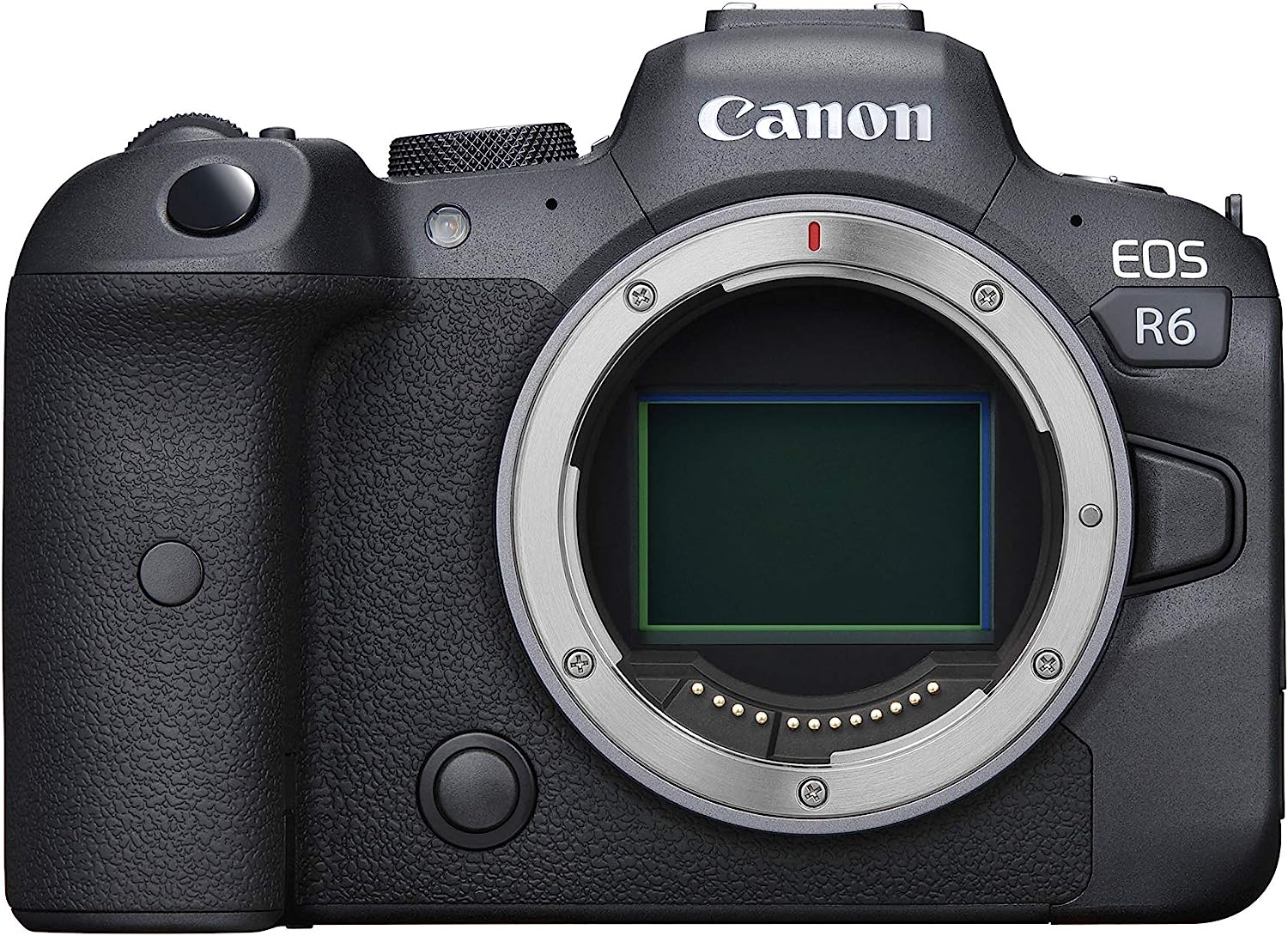 At the end of the day, mirrorless cameras are a lot like their DSLR counterparts. The main difference between the two is that a mirrorless camera does not come with an optical viewfinder. So you won’t be able to monitor your shot through the lens as clearly. For some, this can be a deal breaker.

That said, the optical viewfinder increased DLSR quite a bit. If I picked one up, I’d notice it instantly. Since the mirrorless camera does not carry as much weight, it is easier to use. This allows you to take it on the road with ease, as the device will not weigh you down. Such a thing would be appreciated if you have tried traveling with a DSLR. It is so light that it does not have a series of prisms and mirrors to reflect light. A Simple Guide to Various Types of Cameras.

To see what you’re about to photograph, you’ll need to use your regular electronic viewfinder. Although it does the job, you will notice that it is not as complete. We didn’t discuss this point earlier, but DSLRs allow you to take pictures in RAW format. Such a thing can be seen on a mirrorless camera.
Many who are new to cameras find it confusing to tell the difference between a mirrorless camera and a DSLR. In general, they are very similar, only mirrorless is just ‘mirrorless’. Because of this, you may be wondering if you can change lenses, the answer is yes.

Point and shoot cameras are one of the most common camera types out there. If you like to take pictures but you’re not a professional, chances are you have one. The cameras are popular due to their size, they are usually very compact. Point-and-shoot cameras come with a fixed lens. This can affect your desire to buy one.

The moment you point at an object, the camera can zoom in and take the picture, that’s why it’s called that. Unlike the other 2, it does not allow you to capture images in RAW format. You are forced to use JPEG. 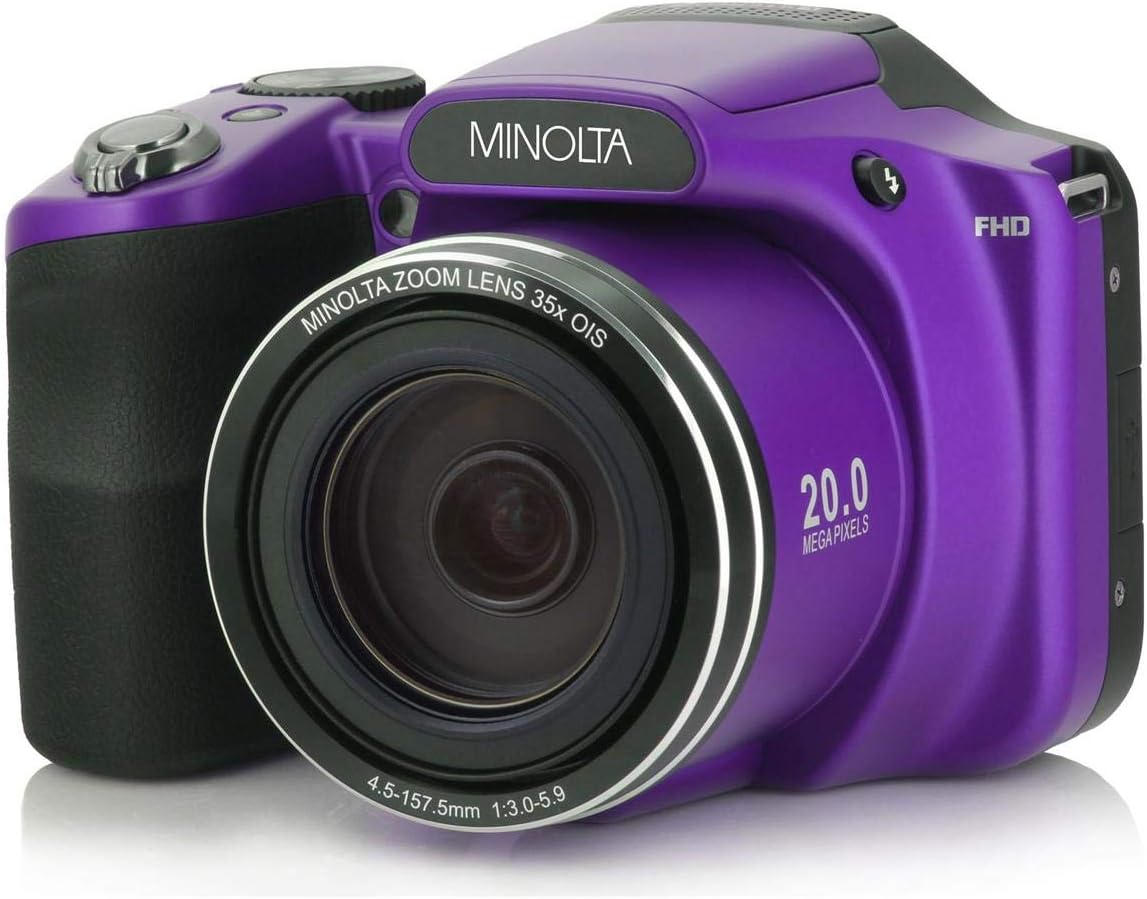 As you might guess from its name, it’s a “bridge” between the DSLR and another type of camera; this other type is the point and shoot camera. Unlike its DSLR counterpart, you won’t be able to change lenses. With its single lens, you can get quite close and capture your shots. Physically it looks a lot like a small DSLR, but more importantly, it doesn’t have the optical viewfinder. 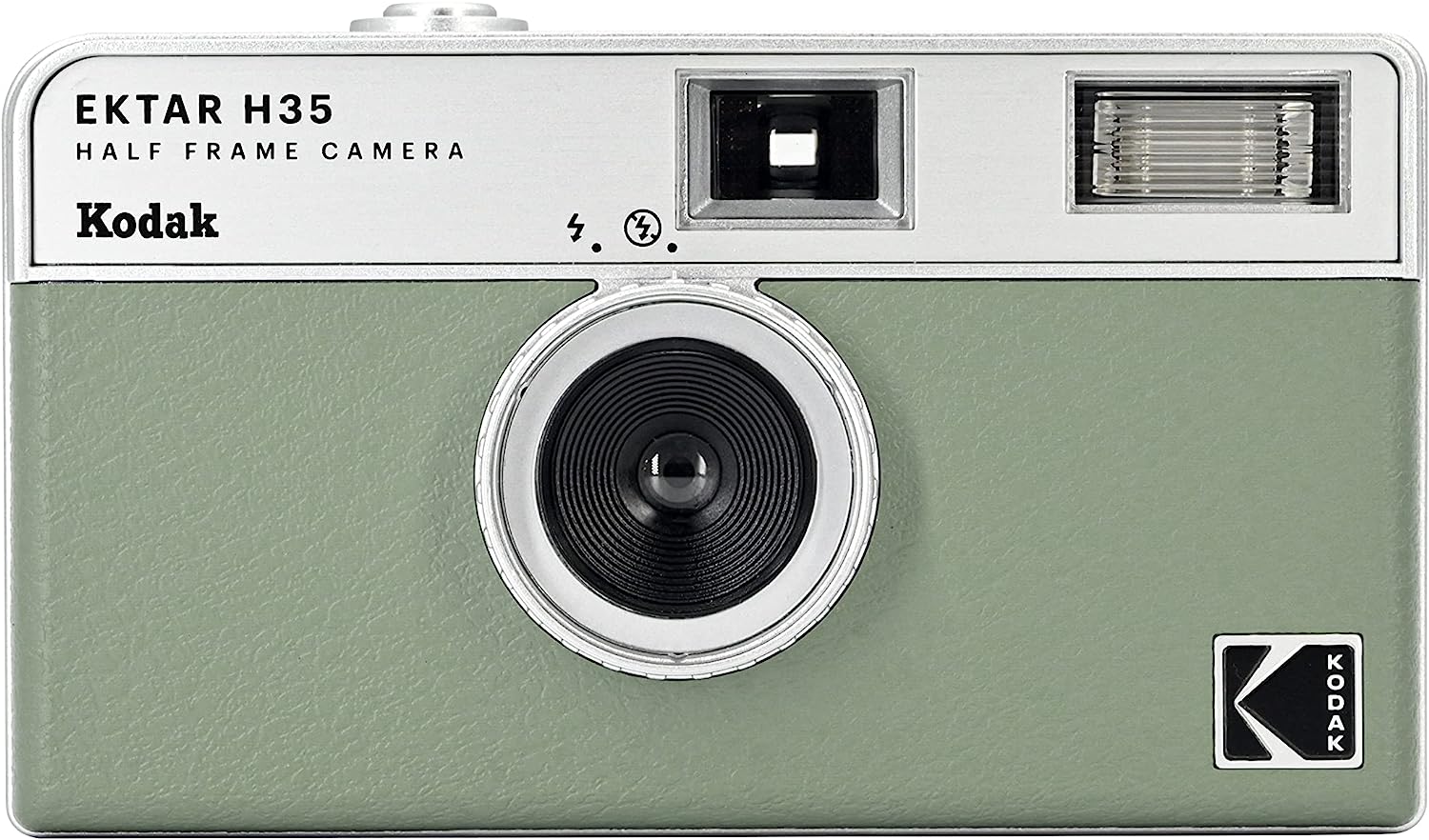 Even if you don’t know anything about cameras, you know they weren’t always digital. Cameras used to use film. It was the medium for storing the images, and while great, it was a bummer. The movie wasn’t unlimited, so you always had to buy a package. Unfortunately, the film was quite light sensitive, so you could have easily thrown your money down the drain if you weren’t careful.

When you want the footage on film, you’ll have to give the camera to a developer. This was also a problem, as it would take days, even weeks, to do. These problems were the reason digital cameras were developed. However, the great thing about film cameras was their ability to manipulate aperture and shutter speed with ease.

Although the cameras have fallen out of demand, they are slowly re-emerging as a niche product as people grow nostalgic for their use.

Polaroid cameras were introduced by a specific company. Arguably they have had a tight grip on the Polaroid market as most people go to Polaroid Corporation for their cameras. You probably know how cameras work. If you don’t, they’re an instant camera that translates your shots into instant movies.

Like the film in regular movie cameras, they can be easily damaged. In addition, they are also very sensitive to light. Images are used to translate directly to film. Today, they come in a print-on-paper format. You should not expect quality images from Polaroid cameras as they are just a specialized products. That said, that doesn’t mean they aren’t fun to be around.

At the end of the day, several companies are experimenting and you will find several different cameras. They are made for different styles and different purposes. Most of them are made for beginners. We explain one of the most used and popular on the market. A Simple Guide to Various Types of Cameras.

In case you have something in mind to discuss. Simply contact us and we will be happy to help you. 5 Best Laptop for Virtualization In 2023 Best Laptop For Medical Student In 2023